Gytheio is an ancient city, located in the southern Peloponnese, near the river mouth of the famous Eurotas River in the Laconic Bay. It is characterized by the small dock, the neoclassical houses standing on the slope of the Akoumaro Mountain and the graphical narrow streets between the buildings. Gytheio is an ideal destination for summer holidays and relaxation. You can walk along the dock and taste the fresh fish, coming directly from the fishermen, in the taverns and the traditional local specialty; the barbecued octopus. It is unique moment of delight to have dinner next to the waves with your company and the cool breeze of the Greek evening. You can also see the fishermen coming back from the sea and unload the fish on the dock, relaxing in one of the cafes of the city.

In Gytheio you can visit the island Kranay with the big lighthouse of 22m height, built in 1873 and the Tzanetaki tower. This island is today joined with the mainland and according to mythology here was the place where beautiful Helen and Paris spent the night before their journey to Troy, when they left Sparta. Leaving the island, Paris forgot his helmet (in Greek "kranos") so the island was named Kranay.

In the northern part of Gytheio and near the entrance of the city you can find the Roman theatre dated the early Christian times and a sanctuary of Dionysus on a hill above the town where the ancient acropolis was located. You can see the remains of the Temple of Athena, of the Castoredeae Gates and of a bridge. In 400 AD, a very strong earthquake hit the city, resulting in the sinking of a considerable part of it. Unfortunately, this meant the end of its growth at that time. Remains exist in the higher part of the city called "Old Town", and findings are available to be seen in the town hall, while breakwaters and the Roman ship sheds have been spotted under the sea surface. 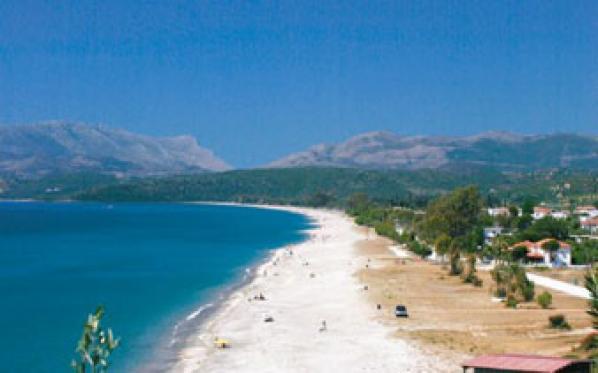 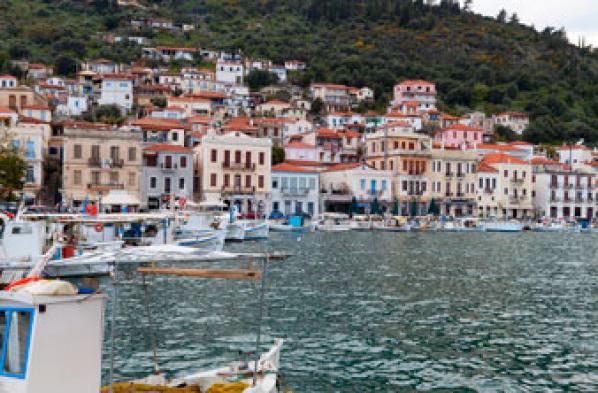