Being the most ancient city of the world, Argos is a city with rich history and a lot of monuments and remarkable sights to visit. During Antiquity Argos was one of the most important cities of Greece and Homer used to call all the Greeks Argaeans, a name which derived from the word Argos, due to the importance of this ancient city. All the royal houses of Greece during these times came from Argos as well as two of the most important mythological heroes of Greece, Hercules and Perseus.
Mycenae is only 10km away from Argos and influenced the city over the ancient years. Many archaeological findings date back in the Late Copper Age when Argos was already one of the most important centers of the Mycenaean Civilization. Today the city is the largest city of Argolida County and the commercial center of the area.
At the north Argos is delimited by the dry river Xeria and at the east side from Inachos River. This river took its name from the mythological king of the area whose name was Inachos. At the west side of the city there is Larisa hill and Prophet Elias (or Aspidos) hill, which were also the main fortifications of the city during the antiquity.

One of the most known sights of Argos is the castle of Larisa which is located at the top of the homonym hill. It was constructed since the prehistoric times and you can still see the cyclopean walls under the subsequent Roman and Venetian walls. Historically the castle played an important part during the Venetian domination and the Greek War of Independence in 1821. The castle was built at 289 meters altitude and it is the highest point of the city. During Antiquity there was another castle at the neighboring hill Prophet Elias/Aspidos. The two castles were connected and defended the ancient city during the hostile invasions. Close to the castle of Larisa you will find the chapel of Agias Marinas (1859AD) and the historical monastery “Panagia Katakekrimeni”.
The Ancient Theater was constructed in 3rd century BC and had a capacity of 20.000 viewers. It is considered to be the largest theatre of Ancient Greece. It was connected with the Ancient Agora and was visible throughout the ancient city. The theater was used by the first prime minister of Greece, Ioannis Kapodistrias in 1829, in order to host the 4th National Assembly of the liberated Greece. Today the theater has been used for cultural events during the summer season.
The Ancient Agora existed since the 6th century BC in the central area close to the ancient theater. In the wider area of this archaeological site there have been excavated important buildings like a sanctuary dedicated to Apollo and the “Vouleftirion” which was built in 460BC when Argos applied the democracy.
“Kritirion or Nymfaio” is an ancient monument which is located at the foot of Larisa hill. Initially it operated as the court of the ancient city. Later the building was modified and was connected with the aqueduct in order to collect and channel the water through the city. This area is connected with the Ancient Theater through a paved path of about 100 meters.
The archaeological museum of Argos is definitely a must visit during your stay in the town. The museum is housed at a neoclassical building of 1830. For some period this building was used from the first prime minister of Greece Ioannis Kapodistrias and later by the family of the general Dimitris Kallergis. The findings in the museum date back from the prehistoric period until the roman years. The museum building complex consists of two parts, the protected monument “Kalergio” and a new section.
Besides the museum there are several historical buildings around Argos. One of them is the known barracks of Kapodistrias. The building was initially constructed around 1690 during the Venetian Domination and it was used as a hospital. The building changed hands and purpose during the years and during the Greek Revolution in 1821 it was severely damaged. The first prime minister of Greece, Ioannis Kapodistrias ordered the repairing operations of the building which housed the barracks of the cavalry. Today the building houses the byzantine museum of Argos while the exterior area is used for many cultural events, concerts and theatrical performances during the summer season.
The municipal neoclassical market was built in 1888 by the architect Ernesto Chiller. Today there are here many stores of the city.
The railway station of the town is a neoclassical building built around 1900. It was used for the transportation of people and products from Athens and between other cities of Peloponnese.
One of the most beautiful neoclassical buildings of the city is the town hall. It was built by Ioannis Kapodistrias in the 19th century and operated initially as a country court.
Megaro Trikoupi was the mansion where the author and politician Spiridon Trikoupis lived during the Greek War of Independence in 1821.
Megaro Konstantopoulou is one of the most beautiful neoclassical buildings of the city. It belonged to the family Konstantopoulou and was built in 1912 by the architect Ernesto Chiller.
The Primary school of Kapodistrias was built in 1829 by Ioannis Kapodistrias. In this building took place the 5th National Assembly of the Greeks in 1831.
About 10,5km away from Argos there are the remains of the pyramid of Elinikou. The monument dates back at the end of 4th century BC and there are many theories about its purpose. The Greek geographer Pausanias (2nd AD) considered that the pyramid was a funerary monument.

Prophet Elias also known as “Hill of Aspida” You could start your journey from the square of “Laikis Agoras” in Argos and head northwest towards the “Hill of Aspidas”. You will see in front of you the Castle of Argos and the monastery of “Panagia Katakekrimeni”. As you approach the foot of the hill you will find a crossroad where you will follow the route on the right. The path is suitable also for those who love biking. Follow the signs until the top of the hill where you will find the beautiful chapel of St. Elias. The view is astonishing while in the nearby area you will find wooden tables ideal for picnic. The hill of Prophet Elias was inhabited already since the prehistoric period and is full of antiquities from different historical periods. From this point if you wish to continue your trip you could take the path which leads to the “Brisi of Akova” and the picturesque “Kefalari”.

Inachos, was the first king of the area. During his reign the “floods of Defkalionas” took place and Inachos led the survivors from the mountains towards the valleys. This mythological event marks the creation of a new city. Inachos taught the people how to cultivate the lands, clothing manufacturing and glass/stone processing. The son of Inachos, Foroneas succeeded his father and gave his people the gift of fire and social values. Because of Foroneas the whole area took the name “Foroniko asti”. Niovi, who was the daughter of Foroneas, gave birth to a child named Argon, who later ruled the city and according to some myths was the reason of the city’s final name.

The first city of the world

Argos is considered to be by many people the first city of the world. The city of Argos was consecutively inhabited since the end of the 3rd millennium BC. The first settlers of the area were the Pelasgeans.
The prehistorical settlement at Prophet Elias hill (Aspida hill)
According to the archaeological research the first signs of inhabitance in the area are identified at the hill of Prophet Elias around 4000-3500BC. From this first settlement, only fragments of ceramics have been found. Around 2000-1600BC the hill was inhabited again and at the top there has been found the remains of a quite important prehistoric settlement. At the beginning of the Mycenaean era, around 1600BC, this important settlement was abandoned and the city was developed lower at the east side of the hill. The hill was mainly used since then as a place of worship as indicate the remains of the sanctuaries.

Argos along with Mycenae and Ancient Tirintha were the most important cities of the Argolic valley. According to Homeric poems during 1193-1184BC Argos participated in the Trojan War. At the end of the 12th century BC the Dorian Invasion takes place in Greece. As a result of the invasion Mycenae gradually lost its previous glory and the centre of Hellenism was transferred to Argos. The rich and numerous Mycenaean graves at the southwest side of the Prophet Elias hill are proving the glory of the Mycenaean Argos.
The heyday of Argos
Argos was exceptionally significant during the Geometrical and Archaic Period (800-500BC). The apogee of the city was around 7th BC when the tyrant Feidon ruled the city. During that time, Argos became the most important city of Peloponnese and more powerful than its opposing force, Sparta.

The prestige of the city was reduced initially during the Persian Wars when the city refused to get involved into the battles of Greece against the Persians. Also during the Peloponnesian War, the war between Athens and Sparta, Argos remained neutral.
During the byzantine years, Christianity was spread in the city. After the fourth crusade, the crusaders took over the castle of Larisa while in 1463 the city was taken over by the Ottomans. The city was occupied by the Ottoman Empire until the liberation of Greece during the Greek War of Independence in 1821 against the Turks.
Today Argos is the most populated city of the county and the main economical activities is agriculture and trade. In addition the city attracts many travelers who want to visit the monuments of the city and see the archaeological findings of this area. 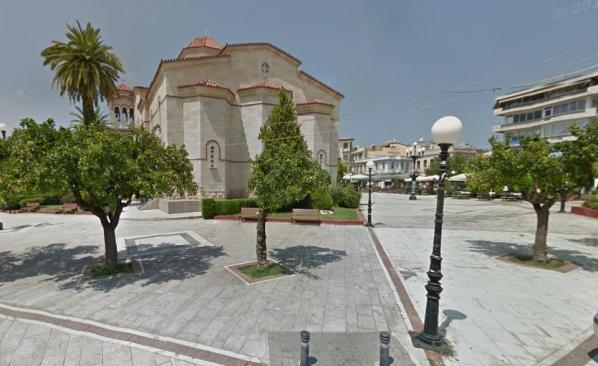 Hotels you can stay:
MYCENAE HOTEL
Activities you can perform:
Hiking
Tweet